By the early 1970s, Boston's meat and produce had moved to larger, more modern facilities and Quincy Market was decaying. Using a combination of public and private financing, the architectural firm Benjamin Thompson and Associates and the developer Rouse Company developed a new building form, the festival marketplace. The new Faneuil Hall Marketplace, incorporating Quincy Market, opened in 1976. In 1977, it received the Harleston Parker Medal and in 2009, the AIA's Twenty-five Year Award..The main Quincy Market building continues to be a source of food for Bostonians, though it has changed from grocery to food-stall, fast-food, and restaurants. It is a popular and busy lunchtime spot for downtown workers. In the center, surrounding the dome, is a two-story seating area..Further street vending space is available against the outside walls of the building, especially on the south side, under a glass enclosure. Most stalls in this space sell trinkets, gifts, and other curiosities. A few restaurants also occupy fully enclosed spaces at the ends of this enclosure..More conventional retail space is provided on the second floor and in the basement level. The Comedy Connection, one of Boston's two largest comedy clubs, only recently vacated one of the second-floor spaces, and bars and restaurants occupy space on the basement levels..Flanking the main building in the marketplace are two equally long buildings (North Market and South Market) that expand the market space for more restaurants, specialty shops, and office spaces. Two further concave market buildings enclose a circular plaza at the market's west end..The open spaces at both the east and west ends of the marketplace are a common venue for various street performers, as well as street vendors. Most daytime visits to Quincy Market will encounter a large circular crowd of people standing around a juggler or other act. wikipedia 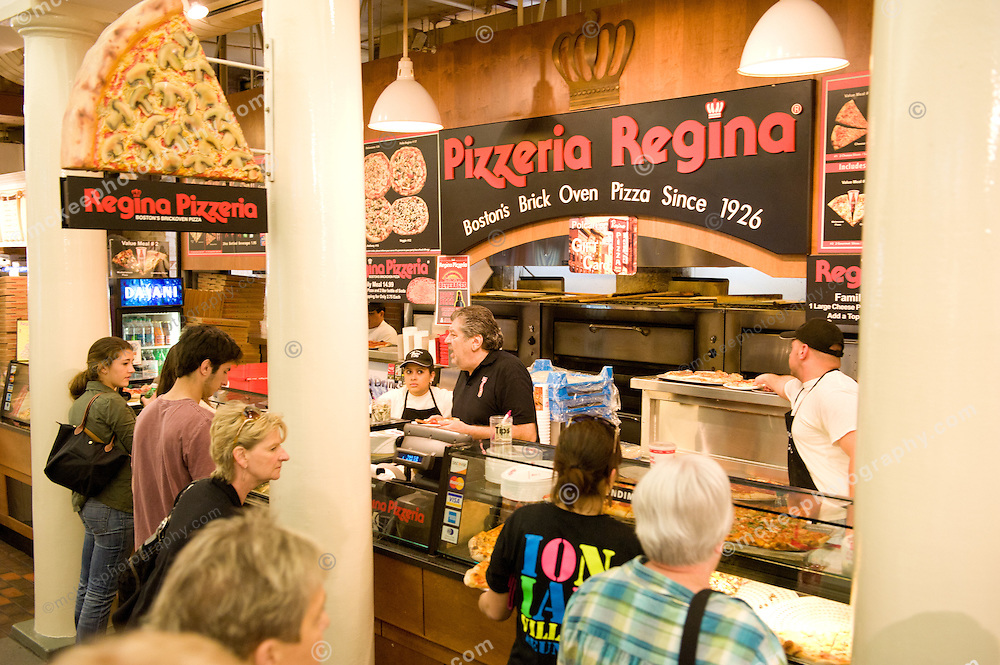